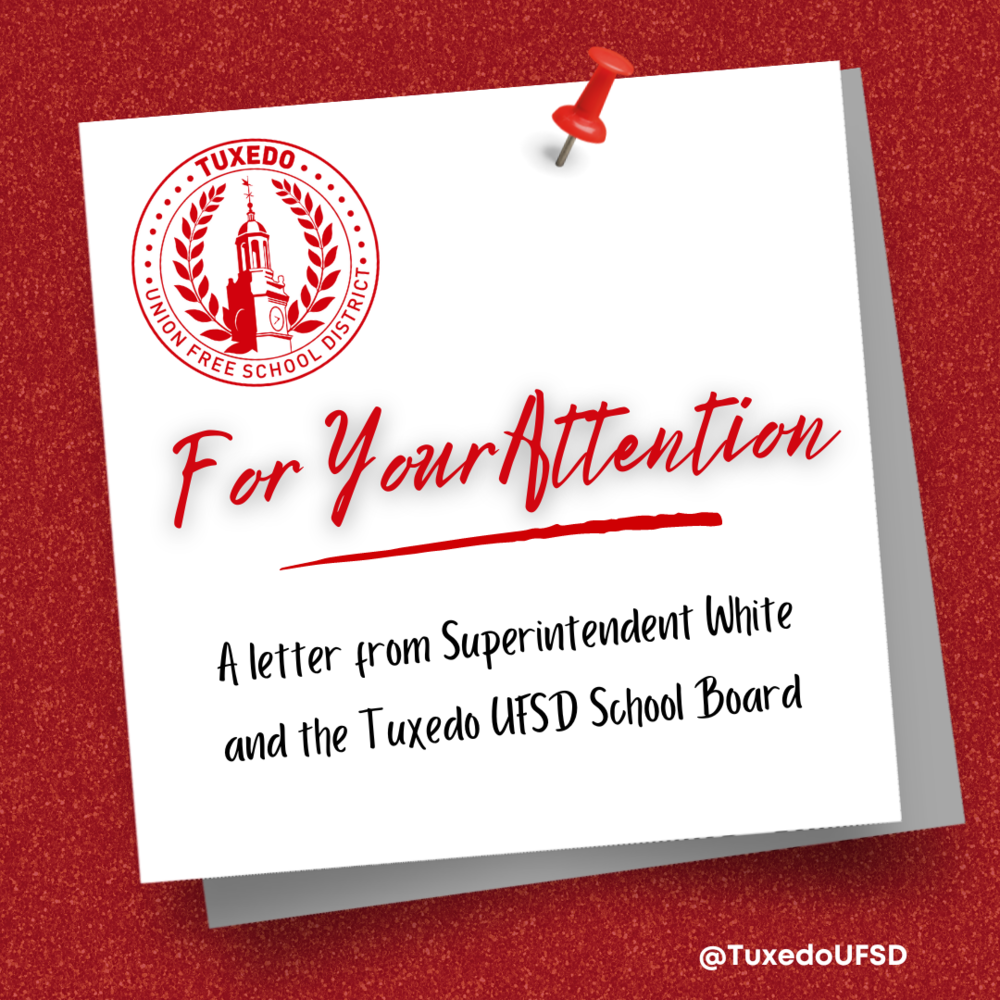 At the District’s regular Board of Education meeting on Wednesday evening, the Administration delivered a presentation detailing the impact of the planned Tuxedo Farms residential development on the Tuxedo Union Free School District. Described were the far-reaching implications of the effects of Tuxedo Farms, including future cost factors our District will potentially face. Most of these costs relate to clearing and prepping the more than 40 cliffside acres donated by Related Companies, the developer of Tuxedo Farms.

Unfortunately, in its current state, the cliffside land is of no use to Tuxedo Schools. Development of the property by the District would come at great expense to our taxpayers.

Acquiring additional land is critical, as the District will need to expand its current footprint to support an estimated 360 additional students who would reside in the new Tuxedo Farms homes.

Without Related’s previously promised development of the land, the projected net increase in assessments and state aid revenues attributable to the Tuxedo Farms development is currently unattainable under the proposed Special Permit. Approval of this permit would, instead, result in a net annual deficit in funding in the amount of $1.28 million. This cost would be passed on to the taxpayer.

The District is calling on the support of town officials to ensure that our needs are met prior to the approval of the Special Permit. As we all know this development will have an enormous impact on school resources. The most urgent of which involves the elementary population, given Related’s plans to begin construction of housing units this year. By year four of their schedule, the Tuxedo Union Free School District will be out of space in the elementary school. We expressed to the town that the timeframe to break ground on new construction is at least four to five years, accounting for voter authorization, design time, approval by the State Education Department and the public bidding process.

On Monday, September 19, the School District’s legal counsel and I sent a detailed letter to the legal representatives of Related Companies, and the town laying out the above costs and concerns. The letter stressed that the Board of Education supports Tuxedo Farms, but not at the expense of taxpayers and students.

There must be a solution whereby the land available to the District for buildings and fields is a tract other than the undevelopable site referenced in the Special Permit application now to be acted upon by the Town.

This coming Monday, September 26 at 7 p.m., the Town Board will be holding their next public meeting. I encourage all of you to attend and petition your elected officials to do what is right by the School District.

Our presentation to the Board of Education, as well as the correspondence from our attorneys referenced above can be found on our District website, TuxedoUFSD.org.

Thank you for your continued support.